Shiphrah Mutungi Akandiinda, Ph.D. is a 2022 graduate of the PHD Program in Leadership and Change at Antioch University. 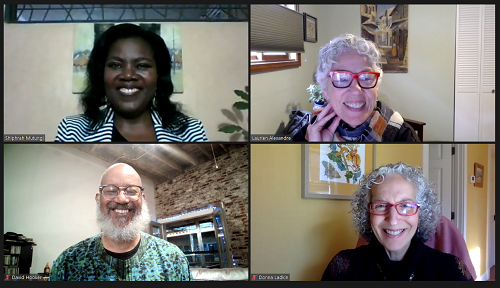 This dissertation explores the role of theater for peacebuilding in post-conflict settings through the analysis of experiences of participants in the Morning Star Forum Theater for Peacebuilding in South Sudan. Arts-based activities, including theater, have increasingly gained momentum as viable interventions for peacebuilding in post-conflict zones. Much of the existent research fails to capture the experiences of the theater participants themselves. Using narrative inquiry, this study interviewed 12 community members who participated in the Morning Star Forum Theater event. In particular, this study focused on how experiences of Morning Star Theater events impacted interpersonal growth and relationship-building, thus positively impacting peacebuilding processes. Participants collectively shared positive stories of building relationships with individuals from other conflict communities during and after the event. As well, the study findings illuminate experiences of ongoing peacebuilding efforts among these individuals, underscoring the potential role theater can play in building local capacities and facilitating meaningful engagement of local people in peacebuilding processes. The findings not only add participants’ voices to the debate about the role of theater in peacebuilding in post-conflict settings but also inform us about the tool’s potential in facilitating sustained meaningful engagement of the local population, which is a key aspect in achieving lasting peace. This dissertation is available in open access at AURA (https://aura.antioch.edu) and OhioLINK ETD Center (https://etd.ohiolink.edu). 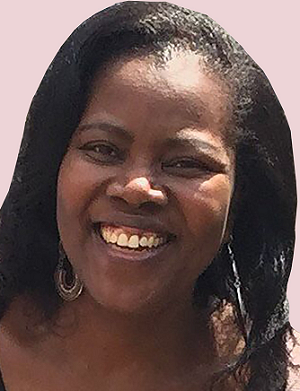 Dr. Shiphrah Mutungi Akandiinda is a seasoned professional in the social science disciplines. Her 20+ year career has been invested in developing and leading projects in a variety of social development fields, notably psycho-social, trauma healing, peacebuilding, conflict transformation, leadership, and organization development mainly based in Sub-Saharan Africa. Shiphrah grew her career starting as a program officer to leading country-wide and multi-country projects. After obtaining her bachelor’s degree in social sciences from Makerere University in 1996, Shiphrah joined the National Council for Children, an agency that was established as part of Uganda’s commitment to the UN Convention on the Rights of Children, which went into effect in 1990. At the Council, Shiphrah was responsible for the communication and advocacy department, a post she held almost eight years. While at the Council, Shiphrah enrolled in a Counselling Psychology master’s degree program at Makerere University, which she obtained in 2003. In 2006, she joined EASUN Foundation, a civil society capacity building organization based in Arusha, Tanzania. Although based in Arusha, EASUN’s projects span in all of East African countries, including Uganda, Shiphrah’s home country. At EASUN, Shiphrah served as an advisor for the Civil Society Program, supporting civil society organizations in all of East Africa. Meanwhile, Shiphrah was also a young mother, trying to balance both career and family, hence it was necessary that she returns to her home country. In 2008 Shiphrah joined the US Peace Corps as a program manager for PEPFAR/HIV and AIDS. She was later on assigned the role of program manager, a more comprehensive portfolio encompassing not only PEPFAR/HIV/AIDS, but also WASH, Malaria, Mental Health, and Psycho-social programming, to mention but a few. While working on Peace Corps Uganda’s mental health and psycho-social strategy for northern Uganda, Shiphrah was confronted with the ethnic conflicts and its associated impacts. The impact of the 20+ years of conflict in Northern Uganda was enormous, but among its many challenges was widespread trauma and the associated divisive narratives. That experience pushed Shiphrah to learn more about conflicts and peacebuilding. She enrolled at Eastern Mennonite University (EMU) in their prominent Strategies of Trauma Awareness and Resilience (STAR) program and later on decided to join the graduate program in peacebuilding and conflict transformation. In 2015, Shiphrah was invited to serve as a Program Director for Morning Star, a trauma awareness and peacebuilding initiative which was implemented as part of the Viable Support to Transition and Stability (VISTAS) project, a conflict mitigation project in the whole of South Sudan. The VISTAS project concluded in 2019, as did Morning Star. When Morning Star concluded, Shiphrah was already enrolled in Antioch’s PhD program in Leadership and Change. She purposefully took a break from full-time employment to focus on her doctoral studies. She also holds a master’s degree in Leadership and Change from Antioch University, a certificate in Refugee Trauma and Recovery from Harvard Medical School, and a certificate in Global Mental Health from the Harvard Program in Refugee Trauma. Shiphrah is married to Dr. Emmanuel Mutungi. They have four biological children and have cared for other children that God puts in their path. Shiphrah is currently working as a trauma healing expert with DT-Global in Sudan. Although Shiphrah has made solid footprints throughout her career, her experience in South Sudan provoked her and left her with many questions that she decided to explore in her doctoral research. Shiphrah wants to share with you her findings about Theater and Peacebuilding in Post-Conflict Settings, in which she explores experiences of participants in the Morning Star Theater Program in South Sudan.