Armenta Hinton is a 2013 graduate of the PhD Program in Leadership and Change at Antioch University. 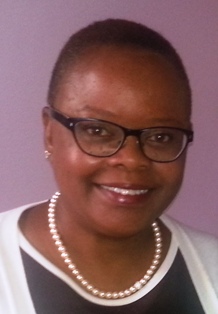 Historically Black Colleges and Universities (HBCUs) have a list of outstanding accomplishments that span over a century; however, this segment of higher education continues to be underfunded and remains in a position of justifying its existence in a postracial America. The issues facing HBCUs are significant. Race-based legislation has created a dual system of American higher education that adversely affects these minority serving institutions, impacting the quality of education they dispense and producing potentially negative effects on vulnerable and under-served collegians. Supreme Court Justice Thomas’s opinion in the U.S. v. Fordice (1992) case opposed the creation of HBCUs as “enclaves for the black community,” however, he also pointed out that it was unfair for HBCUs who bore the burden of segregation to now shoulder the responsibility for desegregation (United States Commission on Civil Rights, 2010, p. 43). Aided by the Delphi Technique, this study explores the effects of the Fordice verdict on HBCUs. By taking an historical view of policies and legislation that have affected HBCUs, I consider whether the opportunity exists for parity between Predominately White Institutions (PWIs) and HBCUs, both in educational value and resources. I also review leadership theories that could potentially be applied to HBCUs for sustainability. Utilizing a Critical Race Theory lens, I examine the history of legislation and desegregation policies that significantly influenced trends and sustainability of these colleges while providing a better understanding as to why HBCUs are in their current state. The electronic version of this Dissertation is at OhioLink ETD Center, www.ohiolink.edu/etd.