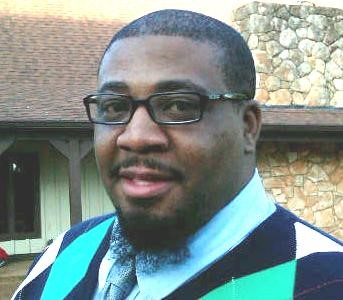 Dr. Etienne is a 2012 graduate of the PhD Program in Leadership & Change at Antioch University.

During what became known as the Mississippi Freedom Summer of 1964, the Student Nonviolent Coordinating Committee (SNCC) established alternative temporary summer "Freedom Schools" in communities throughout the state. SNCC was a civil rights organization led by young, mostly African American college students and ex-students that worked against racial discrimination during the Civil Rights Movement. In 1963, they were poised to lead Freedom Summer, a massive effort that aimed to transform the brutal white dominated power structure of Mississippi, a stronghold of extremely violent southern racism. During the planning for Freedom Summer, SNCC field secretary Charles Cobb suggested that the summer project add Freedom Schools as a component for Mississippi's underserved black youth to go along with the mass voter rights and anti-discrimination efforts being planned. The unique aspect of the Freedom Schools would be that the curriculum went beyond the traditional school subjects by utilizing discussion as a way to form critical questions about Mississippi's social, political and economic structure. The questioning attitude would then be utilized to motivate the students to participate in voter registration drives and civil disobedience with the purpose of exposing them to their own importance in the fight for social change. This dissertation focuses on capturing the narrative story of the Freedom School's origins, planning, and daily operations as they relate to servant leadership, group-centered leadership, and leadership while under extreme duress. The narrative story will then be used to identify the Freedom School's legacy as a model for contemporary youth leadership development programming in school-aged out of school (after school) settings. The electronic version of this dissertation is at OhioLink ETD Center, www.ohiolink.edu/etd

Dr. Leslie Etienne is a 2012 graduate of the PhD Program in Leadership & Change at Antioch University. His video made with the Black Immigration Network is embedded above and may be found at http://youtu.be/erMWp7rQAgI on YouTube