Micah B.D.C Naziri, Ph.D. is a 2020 graduate of the PHD Program in Leadership and Change at Antioch University. 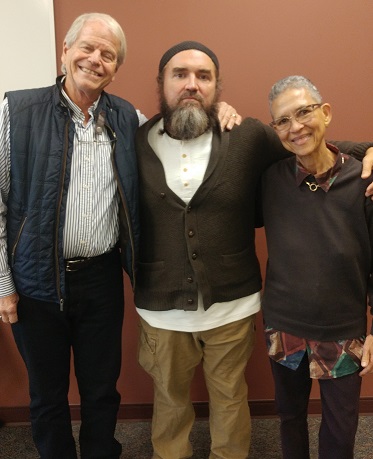 Dr. Naziri at his Dissertation Defense.

This dissertation concerns how Jewish-Muslim and Israel-Palestine grassroots activism can persist in the face of threats to the safety, freedom, lives, or even simply the income and employment of those engaged in acts of sustained resistance. At the heart of the study are the experiences of participants in the Hashlamah Project, an inter-religious collaboration project, involving Jews and Muslims. Across chapters and even nations, chapters of this organization faced similar threats and found universally-applicable solutions emerging for confronting those threats and persisting in the face of them. This raised the question of whether revolutionaries and activists in general can persevere with such work in the face of this sort of menacing. The study found answers to this in determining what methods were most widely employed and which had the best results. The results of the study showed an array of widely-employed methods for navigating threats in high risk activism, and persevering with such work in the face of these threats. This dissertation is available in open access at AURA: Antioch University Repository and Archive, http://aura.antioch.edu/ and OhioLINK ETD Center, https://etd.ohiolink.edu/. 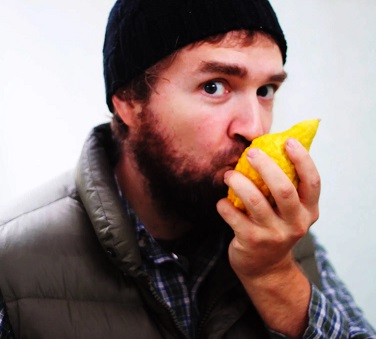 Micah Naziri was born in Cincinnati, Ohio. The son of a multitude of peoples, Micah has Ashkenazi Jewish, German, Native American and Melungeon background. Micah has often said he has “one foot in the masjid and the other in shul.” Spiritually, Micah considers his understanding of Judaism to be “Judeo-Sufi,” or “Istislam” as described by Rabbeinu Bachya ibn Paqudah, in his Medieval Judeo-Arabic work “Guide to the Duties of the Hearts” (Al-Hidayat ila Fara`id al-Qulub), which quoted Muhammad and his son-in-law `Ali profusely – reference each as being “a great chasid” – while fully embracing the Torah as the framework of religious practice for the Jewish people.

As the founder of the Hashlamah Project Foundation (2012), and the White Rose Society “reboot” (2016) Micah uses his education in Near Eastern Languages, Religions and historical models of building bridges between Jewish and Muslim communities, to help reconcile and unite Jews and Palestinian Muslims. He is a prolific author who has penned numerous academic articles, donating 100% of the proceeds to charities working towards social justice. He has also authored a science fiction novel fused with history and politics. His Master’s thesis on the religious milieu of Judaism in Muhammad’s life time, in Arabia, has been published by New Dawn Publications and is available on Amazon, with all proceeds similarly going to charity work. He has served as an editor for written works on Martial Arts and Eastern Medicine, transcribing and creating numerous titles for some of his teachers. He has himself authored several martial treatises using the pen name Seng, Hern-Heng – his Taoist lineage name given to him in 2006 by Huang, Chien-Liang.

Micah became well-known for activism confronting an anti-Muslim protester peacefully and reasoning with her outside of a Dublin, Ohio mosque. After nearly 45 minutes of debate and reconciliation, the woman embraced a Muslimah woman from the mosque, and went into the mosque with her and Micah for bagels, coffee and a tour of the house of worship. When she left, the Muslims there gave her a gift bag.

Micah became somewhat infamous – loved by some, hated by others – not only for several high-profile, viral protests, but also for teaching free self-defense classes available to all interested parties from historically oppressed communities – who, in his words, were “concerned for the safety of themselves and their loved ones under Trump’s proposed Fourth Reich.” Naturally, this put a huge bulls-eye on Micah by Trump supporters, fascists and Neo-Nazis. Law enforcement, however, have without question been the most hostile to Naziri, as he became a regular protester against police brutality and murder of unarmed African-Americans. Micah has been equally as virally-known as an avowed anti-rape activist, who confronted the Stanford Rapist, Brock Turner at his home in Sugarcreek Township, Ohio, after he was released from his mere three-month jail sentence for raping an unconscious woman.

Today, Micah continues activism in the areas surrounding Yellow Springs, and abroad, focusing on weekly protests and vigils supporting families of innocent, unarmed African-American youths, gunned down by local police or vigilante citizens attempting to hide behind gun culture and the Second Amendment, such as in the recent case of Victor Santana – who was recently arrested and charged with murder, after months of pressure put on Montgomery County prosecutor Matt Heck by protests Micah organized in conjunction with Donald Dominique of the New Black Panther Party.

Micah is currently coordinating expanded work with international Hashlamah Project chapters and the Jam`at Al-Fitrah. He is seeking grant-writing partnerships to grow the organization’s efforts – particularly in Israeli and Palestine.

Naziri, M. B. (2020). Persistence of Jewish-Muslim Reconciliatory Activism in the Face of Threats and “Terrorism” (Real and Perceived) From All Sides. https://aura.antioch.edu/etds/542