Recipes of Resolve: Food and Meaning in Post-Diluvian New Orleans 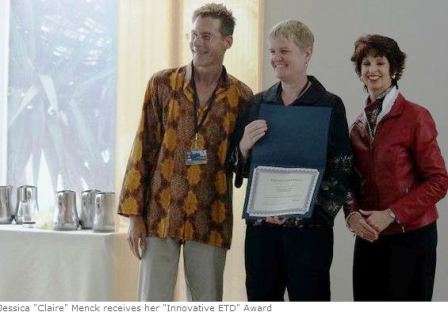 Dr. Menck is a 2012 graduate of the PhD Program in Leadership and Change at Antioch University

In 2005 the city of New Orleans experienced catastrophic flooding as a result of the failure of the federal levee system following Hurricane Katrina. This was an immediate disaster that evolved into a longer-term crisis as the city, state, and national government struggled to respond to the event. This study focuses on one part of managing crisis: meaning making. Specifically, the study investigates meaning making within the food community of New Orleans, asking the questions: is food a way for individuals and groups to make meaning following critical change events such as the failure of the federal levee system in New Orleans, and if so, how? It employs tools of ethnographic inquiry and participatory action research, such as: case study, interviews, field notes, photography, recipes, and multiple media, to suggest an approach to investigating meaning making within food systems affected by critical change events. The sample of the study draws on a wide spectrum of experience and perspective on food in the region. This spectrum ranges from restaurateurs and others who go back multiple generations in the New Orleans food community and new comers, including two groups of recent immigrants. This study finds that despite these differences, there are four common discourses that leaders and others in this community use to think and talk about food in relationship to critical change: culture, ecology, economics, and politics. The study embodies an approach that goes beyond the dominant nutrition versus culture paradigm. The discourses this study reports, may serve as a framework for investigating the meaning of food in other locales and contexts of change. Finally, this study illustrates the emergence of formal and informal leadership in the face of critical change. In this way, the study moves beyond the dominant attention given to people in formal positions of authority to focus on the leadership of people in their resolve to make meaning out of crisis. This dissertation integrates multiple media to express data and findings, and is accompanied by twenty-six embedded audio files. The electronic version of the Dissertation is accessible in the open-access OhioLink ETD Center, www.ohiolink.edu/etd/

In 2012 this dissertation won the Innovative ETD [Electronic Thesis and Dissertation] award from the international organization, The Networked Digital Library of Theses and Dissertations. The award acceptance in 2012 in Peru is shown above. The dissertation is accompanied by 26 audio files, including author's abstract which are attached below. Dr. Menck is an international award winning chef, restaurateur, and scholar. Her website is http://www.clairemenck.net/