Dr. Liliana Sacarin is a 2013 graduate of the PsyD Program in Clinical Psychology at Antioch University, Seattle.

Dr. Sacarin is founder and president of the Sacarin Listening, Movement and Development Center, Seattle and Bellevue, Washington 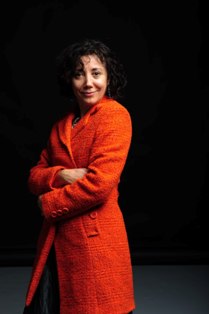 This study investigated the early effects of the Tomatis Method, hypothesizing improvement in processing speed, phonological awareness, reading efficiency, attention, behavior and brain physiology by the end of Phase 1 of the Tomatis Method. This study documented the effects of the first phase of the Tomatis Method on children with ADD ages 7-13. Of the 25 participants, 15 received solely the Tomatis treatment while 10 served as controls and were stabilized on ADD medication three months prior to and throughout the study. Therefore, this research study compared Tomatis versus non-Tomatis intervention, not ADD medication treatment with Tomatis intervention. The Tomatis group received 15 consecutive 2 hour sessions; participants received no additional vestibular or visual-motor exercises throughout the research. Results revealed statistically significant improvements for the Tomatis when compared to the non-Tomatis group: the experimental group showed significant improvement in processing speed, phonological awareness, phonemic decoding efficiency when reading, behavior, and auditory attention. A statistically significant increase in slow brain activity at central and parietal midline recording sites in the Tomatis group was observed when comparing pre- and posttreatment theta/beta ratios within each group. Taken in isolation, these are paradoxical findings as they do not concur with the gains documented. The peak alpha frequency values and the z-scored theta/beta ratios of the pre- and post- qEEGs for each participant in the Tomatis group were further explored. The paradoxical increase in theta/betha ratios obtained from individual raw values were not observed to the same extent when using z-scores. The z-scores suggested that the theta/beta ratio, although higher for the Tomatis group after training, remains within the average range for all participants. The individual analysis showed that the changes observed still fell within normal values, which may serve to explain the behavioral gains. To conclude, the significant improvements noted in cognition, attention and behavior, strongly suggest that the Tomatis Method has positive effects in children with ADD. These early changes in brain physiology require further research. This dissertation is accompanied by a supplemental qEEG reports file in PDF format. The electronic version of this dissertation is available through the OhioLink ETD Center, www.ohiolink.edu/etd

This dissertation is accompanied by a supplemental qEEG reports file in PDF format. [Attached below]