Racial Integration in One Cumberland Presbyterian Congregation: Intentionality and Reflection in Small Group

Carolyn Smith Goings., Ph.D., is a 2016 graduate of the PhD Program in Leadership and Change at Antioch University 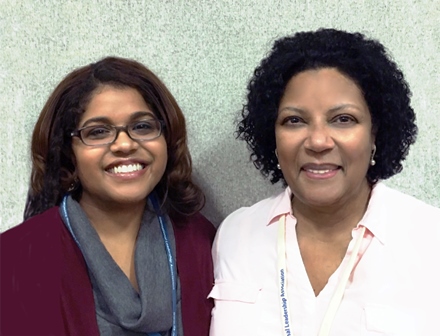 Negative attitudes toward racial minorities and consequent maltreatment of non-Whites continue to be a crisis in America. The crisis of racism is still realized in phenomena such as residential segregation (Bonilla-Silva, 2014), health disparities (Chae, Nuru-Jeter, & Adler, 2012; Chae, Nuru-Jeter, Francis, & Lincoln, 2011), and in the not-so-uncommon unjust arrests and imprisonment of persons of color (Alexander, 2012). Improvement in race relations through the development of meaningful cross racial relationships in racially integrated settings is one avenue that may lead to reduction of racism (E. Anderson, 2010; Fischer, 2011; Massey & Denton, 1993). Christian congregations are common settings in America, and Christian teachings are primary sources of Western ethics and moral values. Historically, Christian practices have affected American attitudes such as with regard to elder care, have influenced legislation such as child labor laws, and have even swayed the contents of the United States constitution. Yet, racial segregation has been the norm in Christian congregations from the end of American slavery until today. Since there may be a relationship between the persistence of segregation in Christian congregations and the persistence of racism in America, racial integration in Christian congregations may impact racial attitudes and relationships. Using Participatory Action Research, this study explored ways to improve racial integration and race relations in Christian congregations. This study utilized volunteers in a 30-day exploration of racial integration in a congregation, a small church in one of the two Cumberland Presbyterian denominations. Data from observations, interviews, racially integrated events, reflection sessions, and participant journaling were collected and analyzed. Intentionality in racial integration in one congregation resulted in cumulative positive change, at times difficult and incremental. Findings revealed that adaptive, proactive leadership enabled cross racial dialogue leading to increases in transformative relations and learning. This dissertation is available in open access at AURA: Antioch University Repository and Archive, http://aura.antioch.edu/, and OhioLINK ETD Center, http://etd.ohiolink.edu/etd 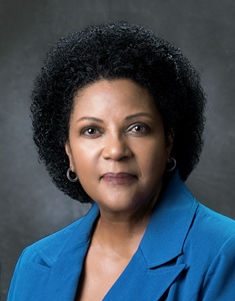 Carolyn Smith Goings has been an ordained minister for over thirty years. In addition to earning a Master of Divinity degree from Gordon-Conwell Theological Seminary in South Hamilton, Massachusetts, Rev. Goings also completed a year residency in Clinical Pastoral Education at Kettering Medical Center in Kettering, Ohio and a year post-residency fellowship in Satellite Chaplaincy Development at Clarian Hospital in Indianapolis, Indiana. Her ministry experiences include working with cross racial groups in a bridge-building capacity. Besides having served in cross racial pastorates in northern Vermont, upstate New York, and northern Indiana, she has also held prison, longterm care, hospice care, and college campus chaplaincy positions.

Along with completing the Ph.D. in Leadership and Change program at Antioch University in 2016, Dr. Goings previously earned a Master of Fine Arts in Writing at Goddard College in Plainfield, Vermont and a baccalaureate in English and Secondary Education at that institution.

Rev. Dr. Goings is the founding pastor of The Well of Dyersburg, a 2016 church plant focused on inclusivity and diversity. She is also in the process of establishing Diverse & United Publishers, a company dedicated to the development and distribution of Small Group resources and other supporting materials for Integrating Congregations.

You may connect with Dr. Goings at