Sean J. Creighton, PhD, is a 2006 graduate of the PhD Program in Leadership and Change at Antioch University. 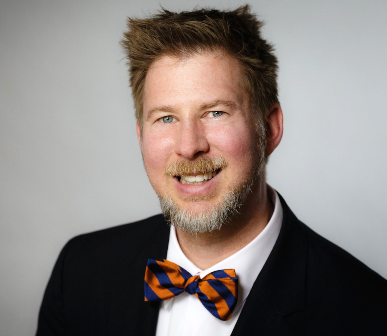 Sean Creighton, PhD, is the President of SOCHE, a regional association of colleges and universities dedicated to educating, employing, and engaging citizens. In 2012, SOCHE received the Dayton Business Journal Non-Profit Business of the Year Award and in 2007 the Governor of Ohio recognized SOCHE as a model for collaboration in higher education. Sean is an elected member of the Board of Education for the Yellow Springs Public Schools, and serves on advisory committees for several local and national organizations. He has published and presented extensively on the impact of higher education, collaboration and civic engagement, and has conducted research for the Kettering Foundation on the economic and civic missions of regionally based colleges and universities. Sean has degrees from Marist College and New York University, and earned his PhD from Antioch University in 2006. He lives in the charming village of Yellow Springs with his wife, Leslee, and his five fun children, Liam, Maya, Quinn, Audrey, and Juliette.