The Reintegration Myth: An Interpretive Phenomenological Inquiry into the Reentry Experiences of Air Force Reservists Returning from Afghanistan

Dr. Brent French is a 2012 graduate of the PhD Program in Leadership and Change at Antioch University. 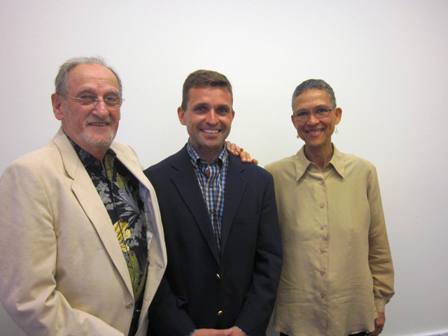 This project documents the 18-month reentry trajectory of nine (including the author) United States Air Force Reservists returning home from a six-month deployment to Afghanistan in 2009 and 2010. Compared with their Active Component peers, members of the Reserve Component are more likely to be diagnosed with adaptive disorders and have an elevated risk of unemployment, substance abuse, and suicide. Since a critical difference between Active and Reserve Component members is the dual-status of reservists as both military members and civilians, this project sought to better understand this duality within the context of nonpathological reentry. This required an interdisciplinary approach that included medical perspectives (psychological trauma), political science, economics, and sociology (the adjustment approach), research by change and transition theorists, and literature on cultural crossings. The author used interpretive phenomenology to a) foreground his own experiences with return, b) explore existing theories relevant to reentry, and c) conduct a deep exploration of reentry over time. Semi-structured interviews occurred six, 12, and 18 months after return. Three main findings emerged from this project. First, participants paradoxically experienced the combat zone as ordered and predictable compared to their civilian lives in which competing demands overwhelmed depleted adaptive capacities. Second, the longitudinal design revealed participants gradually became less certain about their own reintegration prospects. Finally, the method created reflective space for the participants during a period when opportunities for reflection were especially rare. Several potential guidelines for policy merit consideration in light of the data. First, reservist reentry is sudden and spent among civilians, employers, and family members who find it difficult to understand the reservist's experiences. By ramping reentry and making the return more gradual some of the turmoil and isolation experienced after returning from the combat zone can be avoided. The more intractable issue identified in this dissertation concerns the widening gap between the two domains (military and civilian) reservists occupy and broader levels of mutual engagement are needed to reverse this trend. The electronic version of this dissertation is at the OhioLink ETD Center, www.ohiolink.edu/etd

French, B. (2012). The Reintegration Myth: An Interpretive Phenomenological Inquiry into the Reentry Experiences of Air Force Reservists Returning from Afghanistan. https://aura.antioch.edu/etds/17