To Transform a Culture: The Rise and Fall of the U.S. Army Organizational Effectiveness Program, 1970–1985

Dr. James Michael Young is a 2014 graduate of the Ph.D. Program in Leadership & Change at Antioch University. 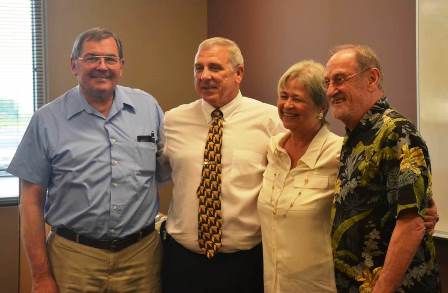 In the early 1970s, following a decade of social upheaval in the US and a traumatizing military defeat in Vietnam, a group of progressive army officers, armed with recent graduate degrees in the social and behavioral sciences, created a grass roots movement that soon led to the implementation of the largest organizational development program ever conducted. Wartime atrocities and chronic careerism in the Army officer corps, along with President Richard Nixon’s promise to create an All-Volunteer Force (AVF), opened up a window of opportunity for these progressives to promote transformational leadership theories grounded in humanistic psychology. In institutionalizing OD across the Army, these officers attempted to transform the leadership culture throughout the institution. However, various strategies employed to effect cultural change met with strong resistance from an officer corps that rejected the strong humanistic elements that characterized OD in the 1970s. Although institutionalization progressed with strong support from Army Chief of Staff (CSA) General Bernard Rogers, the program proved unsustainable once he vacated his position. By 1980, conservative views of leadership permeated the Army’s school system and its leadership doctrine. Concurrently, OD evolved in its theoretical application and shifted its emphasis from humanistic psychology to open systems. At that point, the Army OE Program was relegated to a far less priority and essentially became a process improvement mechanism. By 1985, a new CSA terminated the program. This is a history of the Army OE Program and the efforts of the progressive officers who implemented it. The electronic version of this Dissertation is at OhioLink ETD Center, www.ohiolink.edu/etd 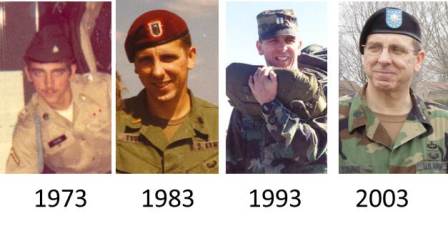 Dr. Mike Young is a retired US Army lieutenant colonel with more than thirty years of service primarily as a military intelligence officer. Among his many assignments, Mike served tours of duty with the 82nd Airborne Division, the 5th Special Forces Group, the 11th Armored Cavalry Regiment, the Military District of Washington, and as an assistant professor in the Department of History of the US Air Force Academy. In 1991, he deployed to Kuwait in the First Gulf War as a company commander and, in 2003, served for sixteen months as the Deputy Commander of the Joint Detention Operations Group (JDOG) in Joint Task Force Guantanamo

His publications include several intelligence-related studies as well as two country studies for the Army’s US Southern Command. He also authored articles for Defense Policy Journal and for the commemorative publication US Airborne 50th Anniversary. His awards include the Legion of Merit and the Defense Meritorious Service Medal. During his tenure at the Air Force Academy, Mike was the recipient of the Academy’s annual John F. Shiner award for excellence in teaching. In 2005, the Army inducted Lieutenant Colonel Young into the Order of the Marechaussee.

Throughout his military career, Mike was always interested in why some military organizations achieve high levels of effectiveness while others lack trust and cohesion. Greatly affected by his experiences in managing the detention facilities at Guantanamo, Mike enrolled in Antioch to further explore the dynamics of human relations in organizations. As a historian, Mike focused his Antioch work on a period of time when the Army briefly turned to the behavioral sciences to improve its human relations practices. Today, he works as the command historian for the Air Force Technical Applications Center at Patrick Air Force Base in Melbourne, Florida. To learn more about his work or to contact him, please visit www.armyoe.com.